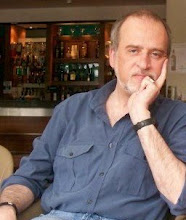 Anyone who “likes” the World’s Collider Facebook page will know that we announced a new contributor to the anthology this week. Dave Hutchinson, pictured left, has now come aboard and we’re thrilled to have him.

This wasn’t exactly planned upfront. Unfortunately Adam Colston decided recently to withdraw from the anthology. While this is a shame, I remain hopeful that his story, A Million Tiny Kisses, will one day see the light of day, perhaps as a web story. Adam’s story features a great idea and he is enormously talented. While I’m sorry to lose him, I do respect his decision and wish him all the best.

So, faced with a gap in the line up, my first thought was to head back to the slush pile. After all, I had to reject some fantastic ideas from some very talented writers. Why not give one of those ideas a new shot at seeing print?

And then a thought struck me. World’s Collider has a handful of characters who appear in multiple stories and carry the overarching storyline on their shoulders. What I was missing was a showpiece in the middle of the book in which they all are featured, rather than wait for the big finale to have them all meet up. So instead of choosing one of the storylines from the slush pile, I set about trying to work out a basic storyline that would fit seamlessly with the stories I already have.

I wrote up the brief for what I was looking for, and now I knew I had a unique challenge for the person who would be writing this story. Not only would they be using other people’s characters and having to hit a number of plot points in order for the story to fit, they would also have to turn around the story pretty quickly!

All my dealings with Dave Hutchinson have been pleasant. I’ve never met him in person, but I hope to one day. He’s certainly humble and very talented. His story in Solaris Rising is brilliant and deserves the accolades its getting in reviews and the inclusion in Years Best collections (the bastard!) and he’s also an accomplished novelist and editor. This was my opportunity to snag a Hutchinson.

To my delight, not only did Dave say yes before I’d even sent him the brief, he then delivered the story in just a week! And it’s aces! A decision well made I think.