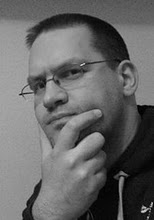 Today I’ve posted the first in a series of interviews with World’s Collider contributors. This week’s victim… I mean interviewee… is Jonathan Green. He’s famous you know.

Check out the interview right now. Go on, what are you waiting for? Solaris Rising reviews or something?

Oh, OK. Well there are now three reviews online for Solaris Rising: The New Solaris Book of Science Fiction. First up is a new review from the Best SF site. Mark Watson has been reviewing each of the stories over the past couple of weeks, and now he has collected all these pieces into one complete review of the whole volume with an overall verdict. Here’s what he thought of my story, Yestermorrow.

A neat murder mystery against a temporal confusion backdrop, that would work well as a one-off TV drama or move (tout those rights!). Something very, very strange has happened – humans aren’t living their lives on the usual ordered day after day model, but rather the days are happening in a random order for each individual. As if this isn’t bad enough, everyone knows the day that they will die, but just don’t know when that day will arrive.

There’s a murderer stalking the streets of Brighton, killing people moments before they were due to die, but having them die at his hand, rather than the forewarned event. A cop has to work out who is doing this, and how/why, at the same time as facing his imminent forecast demise.

Overall he describes the book as “An excellent collection” and goes on to place it on an equal footing with his favourite anthology of 2011.

Next up is a review from the Fantasy Book Critic. Liviu Suciu names Adam Roberts’s Shall I Tell You The Problem With Time Travel? as the best of the collection, and then goes on to name the stories in his second tier of favourites. I’m happy to report that Yestermorrow is in this group, along with Rock Day by Stephen Baxter, Eluna by Stephen Palmer, and Sweet Spots by Paul di Filippo. These stories, he says, and “a vigorous tale of time travel/near future end of the world (sort of!) by new author for me Richard Salter were all stories that are recommended and add to the reasons Solaris Rising was a big success for me.”

While he didn’t like all the stories, he did say of the whole collection:

Overall Solaris Rising (A+, highly recommended) is a very strong eclectic anthology with something to please any lover of contemporary sf.

The last review you may already have seen posted here before. It’s from Locus Online and the reviewer is Lois Tilton. She says that “Overall, with only a few exceptions, it’s a strong showcase of the genre.” Presumably my story is one of the exceptions.

This is reductio ad absurdum. It’s a society with no faith in the determined course of events, no confidence that things will work out as they should, without constant intervention. Everyone is so determined to fulfill the sequence of events laid down in the pamphlet they all carry that it’s illegal for a person to try to save his life, and the cops push the suicides off the ledge if they don’t take the jump on their own.