Wow, it’s been a while since I posted anything here. Not since last April in fact. I’m not dead, just been busy working on what’s turning out to be a brand new phase of my writing career.

of you may have read Silver by Steven Savile, the alliteratively compelling thriller that mixes Dan Brown with decent writing. If you haven’t, then you should.

Thriller fans loved this book and sent it to #2 on Amazon UK’s Kindle chart. Savile’s long awaited sequel to Silver, appropriately titled “Gold”, is arriving in 2016 but in the meantime a number of co-authored novels have been released featuring various members of Silver’s black ops “Ogmios” team. Late in 2014, Steve approached me asking if I’d like to co-write one of a new set of novels to be released as a build up to Gold. I jumped at the chance and wrote The Shining Ones, which is what I’ve been busy with most of 2015.

But in addition, things sort of snowballed. Here’s Steve’s own words from his recent newsletter when he revealed that once Gold is out, he is “done” with Ogmios…

I’ve made arrangements though to keep the series alive in my absence – I’ve contracted Richard Salter, a terrific young writer who has trodden a very similar path to me with Warhammer, Doctor Who and the like, and who happens to be a first class editor, to oversee the world, including the

release of three new novels The Shining Ones, The Argo and Lost Cause, written by Richard, Ashley Knight and the incredibly talented Aaron Rosenberg, my transatlantic twin. This isn’t just a case of me washing my hands of things. I’ve worked with these guys to shape the story so it fits perfectly into the world, and I’ve gone through the outline rigorously to make sure continuity is perfect. These stories are good. Believe me. Richard’s working like a madman at the moment to make sure each one hits the same exacting standard. We will be releasing the first of them hopefully in time for Christmas, with the second just a few weeks after.

But it doesn’t end here. After the release of Gold I’ll be opening the series up to other writers, and hopefully it’ll continue for a very long time in Richard’s capable hands, with me serving as the final gatekeeper to make sure no subsequent release falls below what I consider the necessary standard of thrills, spills and chills. I want the brand OGMIOS NOVEL to mean you know you’re getting a quality thriller.

So, if you’re a writer who fancies joining in the series, give me a shout out, if you’re a reader of the books, I hope you’ll give Richard, Ashley and Aaron a chance to show you how great they are.

So there you go, that’s what I’ve been doing. Right now I’m editing Ashley’s and Aaron’s novels, and working with other writers to line up additional exciting titles for 2016 and beyond. This is hugely thrilling for me and I owe Steve a huge debt of gratitude and copious amounts of genuflecting. This is going to be so much fun!

Happy New Year everyone! Oh and keep an eye out for Gold! 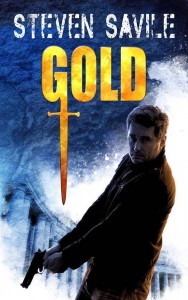